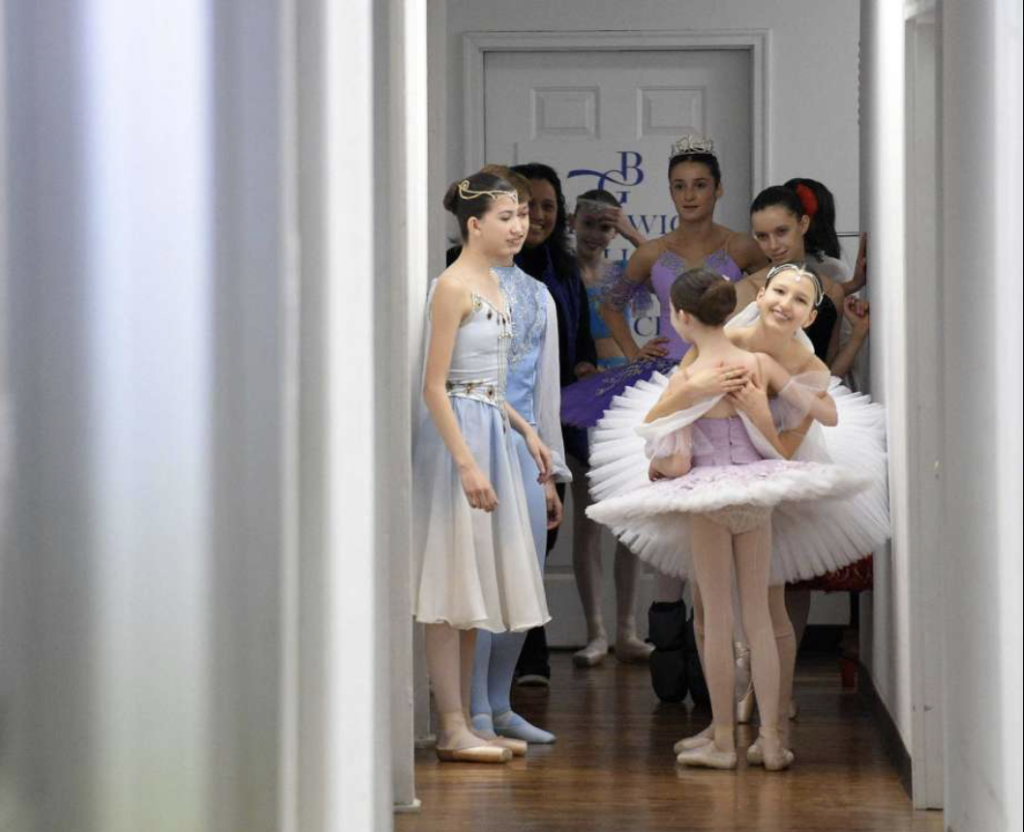 Just shy of center, Martina Sophia Phelan spun her hands in a spiraling gesture that in mime means to dance. And dance she did — in a tutu and a peasant frock, splitting her legs in high-flying jetés and stepping into zooming pirouettes.

Phelan, a 15-year-old at Greenwich High School, was not alone. Stanwich’s Daniella Sushko, 17, played a game of cat and mouse with her audience, flirtatiously embodying a naive girl named Giselle. Her skirt swirled daintily around her as she landed pirouettes with a sweet smile, and when she hopped en pointe across the floor, she never so much as stumbled.

Stanwich’s Isabella Long, 13, was there, too, stressing her extensions as the Lilac Fairy from “Sleeping Beauty.” And when Whitby’s fraternal twins Victoria and Carolina Rivera, 14, performed their solos, they revealed two very different personalities.

Victoria was calm, elegant. In contrast, her sister proved a spitfire, a turner with balance for days. As she relevéd, shifting subtly from pointe to flat, she lingered in a position for what felt like seconds, seamlessly changing the carriage of her upper body as her lower half defied gravity.

These were only some of the local girls who on Saturday afternoon performed variations for friends and family at Greenwich Ballet Academy’s YAGP Showcase. Though they were all costumed — some in full makeup and hair — the offering was just an entree, a dress rehearsal of sorts. For most, the true test was still to come.

Over the next few weeks, young dancers from across the globe will have a chance to impress some of the ballet world’s bigwigs during the Youth American Grand Prix. With semi-finals around the world culminating in a final round in New York in the spring, the international competition awards students hundreds of thousands of dollars in scholarships each year. For younger contestants, it can mean a full ride to one of the world’s finest conservatories or academies. For older competitors, the process may end in company contracts to jump start their professional careers.

“I feel very excited. A little bit nervous. But at the same time, I feel like this is an amazing opportunity to be seen by other schools, other directors,” said Sushko. 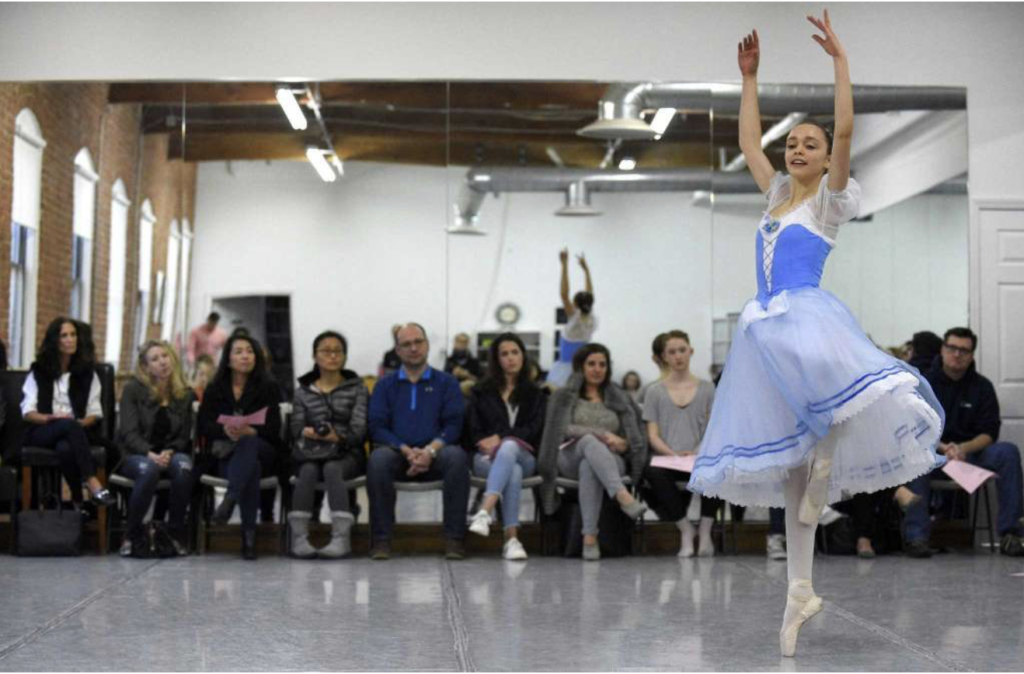 This week, dancers from Greenwich Ballet Academy will participate in the New York semi-finals through Tuesday, before some of them travel to Boston for another round this weekend.

Meanwhile, Long has already competed this year, in Salt Lake City two weeks ago. Though she did not place, she was offered scholarships to two of the nation’s most prestigious summer programs — the Bolshoi Ballet Academy and Harid Conservatory. She is taking the stage again this week in New York City.

Though Long competed in Boston last year, where she placed in the top 24, this competition season is many of her classmates’ first. For some, it’s their true debut as soloists. Annie Wilson, a freshman at Greenwich Academy, said a lot of dancers have rituals for before they go onstage, and she’s surveyed her more experienced peers to adopt some of theirs.

After hours upon hours practicing in the studio, Wilson cannot wait to take the spotlight, wearing a crown and costume fit especially for her.

“It’s sort of like a feeling you can’t get from everyday life,” she said.

Each dancer has chosen her variations carefully, under the attentive eye of Greenwich Ballet Academy’s instructors. Sushko, for example, has always loved the “Giselle” piece because it’s reflective of how she sees herself.

“I feel like it represented who I am as a person,” she said. “I don’t really feel like my age matches up with my personality quite yet.”

Her other variation is a more mature and confident selection from “Paquita” and conveys the woman she hopes to be someday, Sushko added.

Victoria Rivera got lucky — she had a little help from her sister, Carolina, who picked out both her classical solos and her costumes. Though it’s Victoria’s first time at YAGP, Carolina competed last year in Boston and ranked in the top 24, so she already has veteran status. While she performed variations from “Fairy Doll” and “Flames of Paris,” her sister watched from the audience.

“I just had so much fun experiencing it second hand … but I just thought I’d like to get to do this someday,” said Victoria. “Today is the day.”

In terms of aspirations for this week, Victoria focused more on long-term improvement than any kind of award.

“You learn a lot from the other girls. Some use their feet. Some walk differently. Some use their port de bras or use their head,” she said. “I think one of my goals is to take all that in and then put that into my dancing so that I improve through what I saw at the competition.”

“I’m here for the experience. I’m not so much focused on the competition as the performing experience that it’ll bring me,” she said.

Indeed, for some of the dancers, YAGP is only one step in a much longer career path. As a junior in high school, Sushko already has plans to leave Greenwich for a life in Russia, training and performing in Vaganova technique. Meanwhile, younger students know how they’re spending their summers — Long and both Riveras have accepted invitations to Ellison Ballet’s summer intensive in Manhattan.

Like most of her colleagues, Long said she easily spends 25 plus hours in the studio each week, not counting rehearsals. Though the rigor proves a balancing act with her academic schedule, it’s worth it for Long.