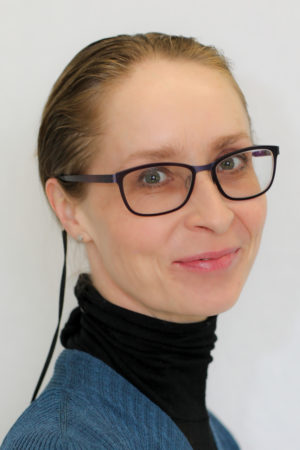 After graduating from the Novosibirsk Ballet Academy (State Choreographic College Vaganova training), Ms. Konobeyeva joined the Y. Grigorovitch Bolshoi Theatre Studio Company where she performed solo and principal roles such as Odette/Odile and the Spanish Princess in Swan Lake, Lisa in La Fille Mal Gardée, Blue Bird and Aurora in Sleeping Beauty, Clara in the Nutcracker and others.

While at the Bolshoi, she was fortunate to work with the greatest generation of teachers such as Michael Lavrovsky, Marina Semionova, Elena Riabinkina and Rimma Karelskaya. Ms. Konobeyeva won first prize at the Vaganova Ballet Competition in 1990. In 1995, she was awarded the Gold Medal at the Luxembourg International Ballet Competition and came to the United States. She joined the American Ballet Theatre in 1996 and was promoted to soloist the following year.

Her repertoire included the Shades trio and Gamzatti in La Bayadère, Odalisques in Le Corsaire, Pas de Trois in Swan Lake, Spring in Cinderella, Solo in Études, Theme and Variations and works by John Neumeier and Twyla Tharp.

She toured with the Bolshoi and American Ballet Theatre in Japan, China, Argentina, Mexico, Egypt, Greece, England, France and Italy.

Since 2002, Ms. Konobeyeva has been teaching and performing as a guest artist and became a certified Pilates instructor. She is also certified as an American Ballet Theatre Teacher for Primary through Level 7 students.