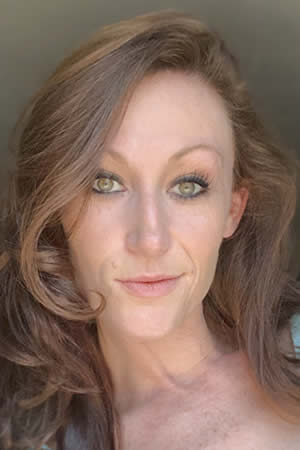 Melissa Weber was born in North Haven, CT but started her serious ballet training when she moved to Boca Raton, Fl. Melissa received the majority of her early dance training with Boca Ballet Theatre under the tutelage of Jane Tyree and Dan Guin and at Alexander W. Dreyfoos School of the Arts under the guidance of Jeff Satinoff.

Melissa’s first professional experiences were with Louisville Ballet in Don Quixote and in Christopher Fleming’s Nutcracker in Lakeland, Fl while still in high school. After graduation she attended Wright State University and danced with Dayton Ballet II. After spending two years in Ohio, Melissa joined Nashville Ballet as a trainee. Melissa joined Charleston Ballet Theatre where she danced soloist and principal roles for eight seasons.

Currently Melissa is a soloist with Connecticut Ballet, Dance KeyWest and Sarah Berges Dance. Melissa has been featured in Jordan Matter’s Book, “Dancers After Dark”, danced in Cal Kehoe’s music video “Marilyn”, an extra for OneRepublic’s video “Connection” and danced in the “Corpse de Ballet” episode of CBS’s Elementary. Melissa has taught ballet, pointe, jazz and Pilates in the Charleston, SC area and currently teaches ballet and pointe in the Tri-State area. This will be Melissa’s Fourth season teaching for City Stage Dance Academy.

GBA is a great school for the serious student who has dreams of pursuing a career in ballet. The teachers are wonderful, the classes are small and the students receive a lot of individual attention. In the few years that we have been part of the GBA family, I have seen a dramatic improvement in my daughter’s technique. The students learn from faculty trained in the Vaganova style, all of whom have had illustrious careers as dancers. There are also very talented guest teachers who visit the schoo… END_OF_DOCUMENT_TOKEN_TO_BE_REPLACED