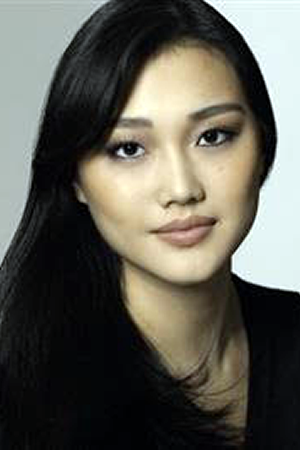 Born in Seoul, South Korea, Jennifer Whalen began her training at the age of seven under Linda Strangio-Hedberg in Ventura, California. She was a founding member of Young Dancers Ensemble in Ventura and a founding member of the State Street Ballet Young Dancers in Santa Barbara. Whalen has also trained on scholarship with the San Francisco Ballet, The Kirov Academy and The Royal Ballet School.

Whalen competed at the Third International Ballet and Modern Dance Competition in Nagoya, Japan in 1999. Whalen won The Los Angeles Performing Arts Center Spotlight Award in February 2000 and the Gold Medal at the Youth America Grand Prix in May 2001.

At seventeen, Whalen joined American Ballet Theatre where she danced for fifteen years. Her repertory includes the Spanish Dance in Swan Lake and a role in Black Tuesday, as well as roles in all of the Company‘s full-length ballets. She created a role in Everything Doesn’t Happen at Once.

GBA is a great school for the serious student who has dreams of pursuing a career in ballet. The teachers are wonderful, the classes are small and the students receive a lot of individual attention. In the few years that we have been part of the GBA family, I have seen a dramatic improvement in my daughter’s technique. The students learn from faculty trained in the Vaganova style, all of whom have had illustrious careers as dancers. There are also very talented guest teachers who visit the schoo… END_OF_DOCUMENT_TOKEN_TO_BE_REPLACED