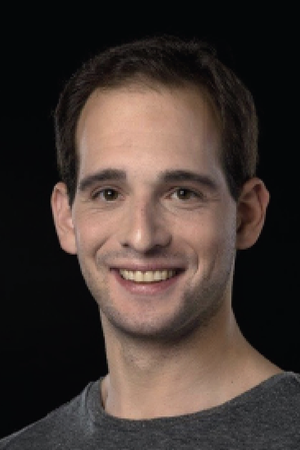 Born in Miami, Florida, Craig Salstein began his training at the Ballet Academy of Miami at the age of eight and continued his training with the Miami City Ballet. In 1995, he was the Grand Champion of Ed McMahon’s Star Search.

Salstein joined American Ballet Theatre’s Studio Company in 2000 and joined the main company in April 2002, and in 2007 was promoted to soloist. He is also one of a set of triplets. Salstein’s repertory with the Company includes Mercutio in Romeo and Juliet, the Bronze Idol and the Head Fakir in La Bayadère, Birbanto in Le Corsaire, Gamache in Don Quixote, Puck in The Dream, the first sailor in ancy Free, the peasant pas de deux and Hillarion in Giselle, the Champion Roper in Rodeo, the Neapolitan Dance in Swan Lake, Eros and in Sylvia, the Devil in Three Virgins and a Devil and leading roles in Drink To Me Only With Thine Eyes, Gong, In The Upper Room, Sinfonietta and Symphonic Variations.

He was an ensemble member and dance captain of the revival of Rodgers and Hammerstein’s Carousel on Broadway. Salstein was the associate choreographer to Justin Peck for the upcoming West Side Story movie directed by Steve Spielberg.

GBA is a great school for the serious student who has dreams of pursuing a career in ballet. The teachers are wonderful, the classes are small and the students receive a lot of individual attention. In the few years that we have been part of the GBA family, I have seen a dramatic improvement in my daughter’s technique. The students learn from faculty trained in the Vaganova style, all of whom have had illustrious careers as dancers. There are also very talented guest teachers who visit the schoo… END_OF_DOCUMENT_TOKEN_TO_BE_REPLACED