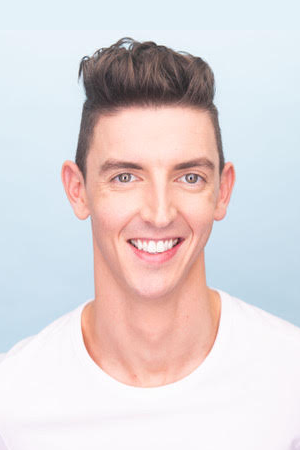 Originally from Dallas, TX, Cody Berkeley began dancing at age six and has trained to elite levels in many styles of dance, including: Ballet, Jazz, Contemporary, Hip-Hop, Modern, Tap and Partnering. At 19, Cody was awarded a full tuition scholarship to the University of the Arts in Philadelphia courtesy of the NYCDA College Scholarship Foundation.

He has performed the works of Doug Varone, L-E-V, Aszure Barton and William Forsythe to name a few. His studies took him abroad to perform and train throughout Europe, most notably at Centre National De La Danse Paris.

Berkeley graduated in 2015 with a B.F.A. in Dance Performance and received the Expressivity Award, in recognition of his outstanding performance and leadership excellence. He’s attended workshops with BODYTRAFFIC, NW DANCE PROJECT, SPRINGBOARD DANSE MONTREAL and JOFFREY BALLET SCHOOL. In 2015 Cody joined CLAIROBSCUR DANCE COMPANY in Los Angeles under the direction of Laurie Sefton. Berkeley then returned home to Dallas to join DARK CIRCLES CONTEMPORARY DANCE USA for their 4th season where he performed the work of MADBOOTS Dance, Joshua L. Peugh and Gregory Dolbashian. In the summer of 2017, Berkeley moved to New York City to work and teach for THE ELLISON BALLET SCHOOL. Most recently, Cody has performed with PIGEONWING DANCE under the direction of Gabrielle Lamb in numerous venues throughout the city.

His award winning choreography has been shown at YOUNG ARTS FOUNDATION high school finalists and YOUTH AMERICA GRAND PRIX in 2016, 2017 and 2018.

Berkeley was awarded “Outstanding Choreographer 2018” by YAGP for his work on the students of Ellison Ballet on both regional and national levels. Berkeley currently leads the contemporary program for The Ellison Ballet and tours with NEW YORK CITY DANCE ALLIANCE as an adjunct faculty member. Additionally, he joined the inaugural cast of STEP ONE DANCE COMPANY to tour and perform with Holland America Line.