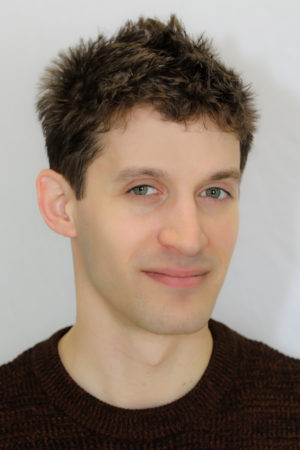 Barry Kerollis is an award-winning choreographer, dance educator, and social media expert. He is currently on faculty at Steps on Broadway, Broadway Dance Center, and Koresh Dance Company.

Born in Philadelphia, Barry trained at the Kirov Academy of Ballet and School of American Ballet on full scholarship. He began his career in 2003 with Houston Ballet. The following season, he joined Pacific Northwest Ballet, where he danced leading and featured roles for seven seasons. In 2011, he began working as a Principal Guest Artist touring across the United States for 4 years.

Beyond his performance career, Barry has held the title of Artistic Director of Alaska Dance Theatre, won Outstanding Choreographer at Youth America Grand Prix, choreographed for the National Choreographers Initiative, was named a finalist at the McCallum Theatre’s Choreography Festival, and much more. Dance Magazine has recognized Barry as “an innovator using unique new media to break the fourth wall with audiences.”

Through  his media work on his blog, Life of a Freelance Dancer, and as host of the Pas de Chát: Talking Dance podcast on iTunes and the Premier Dance Network, Barry has been recognized by Dance/USA as an “Influencer in Social Media and Dance.”

GBA is a great school for the serious student who has dreams of pursuing a career in ballet. The teachers are wonderful, the classes are small and the students receive a lot of individual attention. In the few years that we have been part of the GBA family, I have seen a dramatic improvement in my daughter’s technique. The students learn from faculty trained in the Vaganova style, all of whom have had illustrious careers as dancers. There are also very talented guest teachers who visit the schoo… END_OF_DOCUMENT_TOKEN_TO_BE_REPLACED