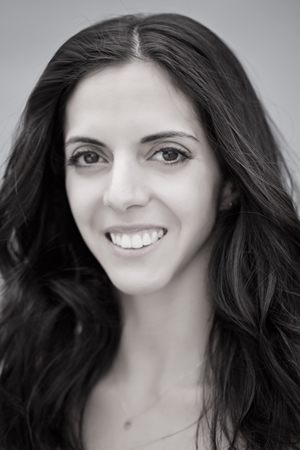 Born in Guatemala City, Guatemala, Adrienne Schulte began her ballet training with Marcia Dale Weary at the Central Pennsylvania Youth Ballet at the age of seven. She continued her studies as a scholarship student at the School of American Ballet and at the Paris Opera Ballet School in France before joining the American Ballet Theatre’s Studio Company in 1998.

Schulte joined American Ballet Theatre as a member of the corps de ballet in January 1999. In 2007 she moved to London and danced as a First Artist with the English National Ballet for two seasons. Schulte rejoined American Ballet Theatre in September 2011. Her roles in the Company included Helena in The Dream, Katia in A Month in the Country, Two Swans and Lead Czardas in Swan Lake, the Lead Gypsy and Flower Girl in Don Quixote, Bianca and a Carnival Dancer in Othello, and leading roles in Duets, Black Tuesday, Dark Elegies, Drink To Me Only Within Thine Eyes, workwithinwork, as well as roles in all of the Company’s full-length ballets. She created Red Riding Hood in Alexei Ratmansky’s The Sleeping Beauty.

Schulte retired from American Ballet Theatre in July 2015. She has been a guest teacher with Central Pennsylvania Youth Ballet, Ballet Academy East, Eglevsky Ballet, Fusion Dance Workshop, Prodigy Dance and Performing Arts Centre, and Dallas Ballet Center. Adrienne was on faculty during the 2016-17 academic year at the ABT Jacqueline Kennedy Onassis School, Children’s Division. She is the mother of a nine year old son and three year old twin daughters.